We are currently Hiring!

Meet Dr. Acosta -
Your hometown Optometrist, meeting the eyecare and eyewear needs of the community.

Fabulous Selection of Frames -
Stop in today to see our selection of frames.

Eye care professionals specialize in understanding how the human eye really works, as well as diseases and conditions that affect your vision – many of which do not have obvious symptoms. Eye doctors know how age and risk factors affect vision over time for young and old, and they understand the benefits and features of corrective lenses including eyeglasses and contacts.

Our optometrists take the time to explain the results of your eye exam, describe your options and listen to your eye care needs. Because maintaining good eye health is an ongoing partnership, we encourage you to ask questions and share your health information, which could be vital to monitoring, diagnosing and treating potential vision problems. 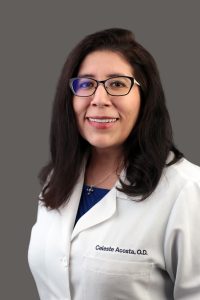 Dr. Acosta is a native Texan, born in San Antonio. Her interest in optometry began while in high school, at which time she participated in a health occupations vocational program for students who want to explore health professions. While participating in this program, Dr. Acosta began working for a local optometrist in San Antonio and continued working for the practice after graduation from high school and through her undergraduate years.

Upon graduating from high school, Dr. Acosta received an academic scholarship to attend Incarnate Word College in San Antonio (now known as University of the Incarnate Word), where she received Bachelor of Science degrees in Biology and Chemistry.

After graduating, she moved to Houston to attend the University of Houston College of Optometry where she received her Degree in Optometry, graduating Magna Cum Laude. Once graduated, Dr. Acosta returned to San Antonio to complete an externship with two fellowship-trained optometrists, Dr. Rick Sharp and Dr. Steven Campbell, where she became interested in an ocular disease residency. She traveled to Wurzburg, Germany, where she completed a four-month externship working in a hospital setting on an American army base. While stationed at the base, she was able to tour Austria, France, Switzerland, Poland, the Czech Republic, Spain, and The Netherlands.

During completion of this residency, Dr. Acosta was accepted in the residency program at the prestigious Baltimore VA Hospital, where she pursued her interest in ocular disease. While at the hospital, she received training in retinal disease, cornea and anterior segment disease, and glaucoma under the ophthalmologists of the Wilmer Eye Institute.

Dr. Acosta then joined Victoria Eye Center in 2001 where she divided her time attending to the eye needs of people in Victoria, Beeville, Cuero and Refugio for 9 years.

Wanting to return to her home town, in July of 2010, Dr. Acosta purchased The Eye Clinic in Helotes, just outside of San Antonio. She now provides routine and medical eye care for not only residents of Helotes and San Antonio, but for all of northwest Bexar county. She is also an active member of the American Optometric Association and the Texas Optometric Association.

She and her husband, Jeff, are the proud parents 3 girls, Julia, Isabella, and Emma. 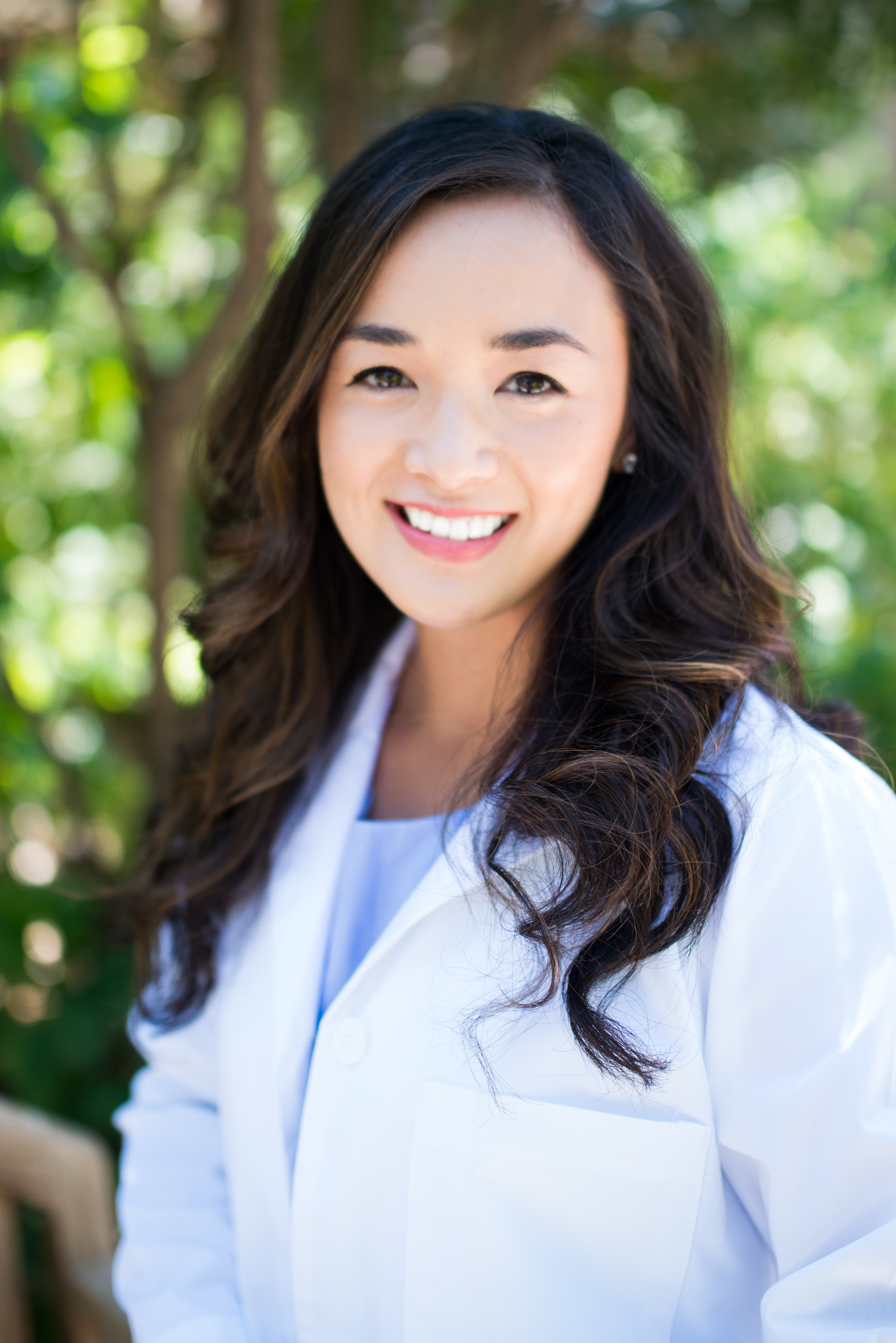 During her training, Dr. Atencio rotated through several clinics at the University Eye Institute where she gained knowledge and confidence in pediatric optometry, low-vision, neuro-rehabilitation optometry, and specialty contact lens. She then completed an externship at the Good Neighbor Eye Clinic where she provided medical-based eye care, treating and managing eye conditions such as diabetic and hypertensive retinopathy, glaucoma, macular degeneration, and dry eye. Her last externship was at a private practice in Dallas, Tx where she provided primary eye care to the local residents, which included fitting and evaluating contact lenses, cataract and refractive surgery pre and post ops, managing dry eye, and treating various eye infections.

In her spare time, she enjoys cheering on the San Antonio Spurs and spending time with her family and friends.  She and her husband welcomed their first child in November 2018.